Do You Have A Learning Disability? 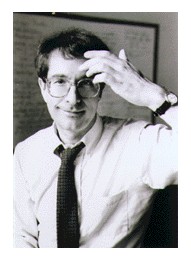 Learning disabilities are all over the place! In reality, according to the Natl Inst of Health, about 1 out of 7 of us have them. What the heck is a LD anyway? Technically, it is the label applied when a student does not perform at a level consistent with his ability after all extenuating circumstances have been ruled out. In other words, the student is smart and still has a terrible time at school! Many things cause students to “way underperform”. Drug use, family problems, insomnia, frequent moving, death in the family, changing schools frequently, parent in Iraq, divorce, boyfriend breakup, pregnancy and on and on and on.

When a student consistently performs way under what is expected based on his IQ, and none of the above factors are present, it is suspected the student may have a LD. At this point the school will order screening. If this shows a “large” difference between his IQ and his actual performance/grades/achievement, further testing will be ordered. If the difference is not “large enough” the school system will not test them. The size of this difference varies among the states. I believe it is 50% in NY if it has not changed recently.

Every student who is under performing does not have a LD. In short, LD students are smart. They must have average or higher intelligence in order for the performance to vary enough from their ability to qualify as LD. Whew! If an individual has a low IQ he will struggle in school and he will have lower grades, but he will not have a learning disability. LD is very socially acceptable and often parents, especially affluent ones, want the LD label for their kids. They want the extra services and modifications that the LD student is entitled to. Other parents feel that being in Special Education is a stigma and do not want it.

We hear many famous people had LDs such as Susan Boyle, Tom Cruise, Whoopi Goldberg, Albert Einstein, Walt Disney, and Gen. Patton and George Washington. Most certainly all of them did not. What we really know is that they all had trouble in school even though they were extremely brilliant in other areas.

Howard Gardner, author of Multiple Intelligences, says there are 7 areas of intelligence: Verbal, Mathematical, Spatial (Artistic), Musical, Bodily/Kinesthetic (Athletics), Spiritual and Naturalistic. Acknowledge your area of intelligence. Help your child find and acknowledge his. Don’t freak out if it is not the traditional academic area. Too many of us are still feeling “not good enough” because of a school experience without fully recognizing and valuing the gifts we each have.

Real Life In A Minute